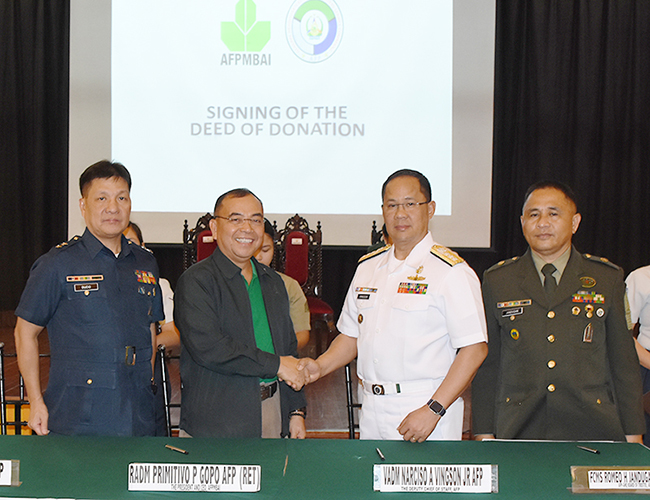 Donations include sports and gym equipment, an entertainment package, desktop computers with printers and an ambulance unit.